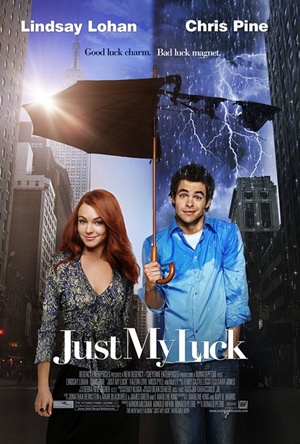 Well, the movie was OK, I guess. The opening credits were one of the most interesting ones I have seen, showcasing the different superstitions and lucky charms known around the world. Didn’t laugh a lot or out loud.

There were quite a bit of advertising for McFly, though I like the band and their songs, I thought it didn’t really fit into the movie? I liked the part at the ending, where the departing schedules changed rapidly because luck was exchanged rapidly… it was so fast that the board showed gibberish after a while.

One interesting thing happened though. I bought the tickets 2 minutes before the show started, and the ticketeer told me “So far, you’re the only one in there”. I didn’t mind and I was thinking “$8.00 can let you own the whole cinema”. Haha, but later this Malay guy came it to watch the movie and spoiled the whole experience. =(