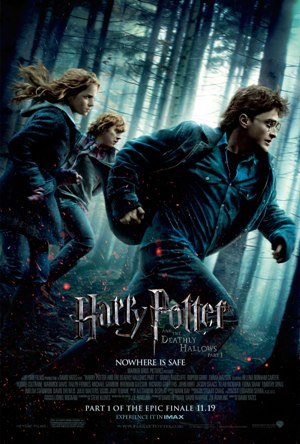 Finally the wait is over – the first part of the final instalment of Harry Potter is here! But the most frustrating thing is that you have to wait till July 2011 to catch the finalfinal part. Seriously, when Part I ended, I was thinking to myself: I can definitely sit in the theatre for another three hours. But obviously, people like to make common folk salivate at the eight-month wait.

As most of you would have read, Harry Potter and the Deathly Hallows – Part I, would revolve around Harry, Ron and Hermione completing the task given to them by Dumbledore. That is to find and destroy Voldemort’s Horcruxes (items that contain bits of Voldemort’s soul) so that Voldemort can be destroyed once and for all. However, with the Death Eaters taking over Hogwarts and the Ministry of Magic, Harry’s task just got harder… and that includes being Undesirable Number One. 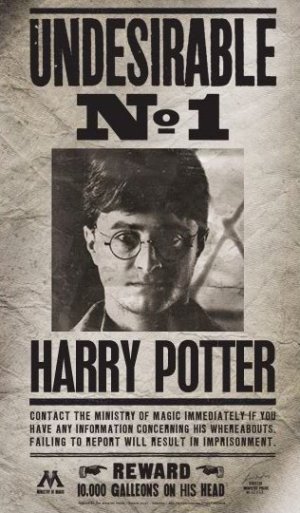 While searching for the Horcruxes, they come across the tale of the Deathly Hallows (the Elder Wand, the Resurrection Stone and the Invisibility Cloak) through Xenophilius Lovegood. Harry then learns that Voldemort wants the Elder Wand so as to be able to defeat Harry in their final duel.

One of the highlights would be seeing how the Order of the Phoenix tries to safely transport Harry out of Privet Drive with the use of Polyjuice Potion. The funniest transformation would be Fleur Delacour, who told Bill (her husband-to-be) not to look at her cos she’s hideous. Ron is still the funniest, taking most of the humour alongside the Weasley twins. Another highlight would be their trip to the Ministry where Harry walks funny and Ron gets lucky. The part that freaked me out most was when they returned to Godric’s Hollow – Harry’s birthplace (cos I was really spooked out when I read that chapter). And the escape from Malfoy Mansion made me cry!

Dobby: Dobby didn’t mean to kill anyone. Dobby only meant to maim or seriously injure.

Well, I think there’s enough spoilers here for those who haven’t read the book and I’m not going to spoil it further by NOT telling you when it ends (though it must be floating in the Internet, somewhere). 3 and a half out of 5 stars.

Meanwhile, I’m looking forward to Part II! I can’t wait to see Neville Longbottom finally standing up to fulfill his potential! Of course, Part II would bring about more death of beloved characters but it would unravel more about the Hallows and Horcruxes!

[SPOILER]
And here are some interesting tweets regarding the movie:

@ImperialRoseZay Dear people who moan about the RIP Dobby TT because it’s a spoiler: Snape dies in the next one. Yours sincerely, the people who read books.

@Lord_Voldemort7 Careful twitter, the TTs are loaded with spoilers. For instance, I now know that the people who bitch about the TTs don’t read. Spoiler!