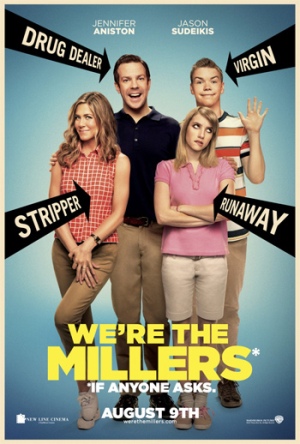 Oops, I guess I left this movie out though I’ve seen it long ago. It’s a great movie to watch after work because you just laugh your stress away.

David Clark (Jason Sudeikis) is a street drug dealer who has to smuggle marijuana out of Mexico when he loses his money and stash of drugs to street thugs. He enlists the help of stripper Rose (Jennifer Aniston), teenage runaway Casey (Emma Roberts), and his virginal neighbour Kenny (Will Poulter), to pose as a family to reduce suspicion at the border. Hilarious hijinks ensue and my personal favourite is Kenny rapping along to TLC’s Waterfalls! Their encounter with the Fitzgeralds, another family traveling in a RV, kept things disturbing especially when Rose and Casey were giving Kenny tips on how to kiss girls. 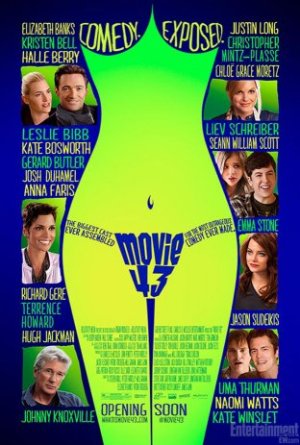 This is probably one of the weirdest (worst?) movie anthology I have ever since.

It is probably meant to be crude, so try not to be too offended by some of the stories in there. It is also best to take with a pinch of salt and laugh at everything. One of the reasons I wanted to watch it was Emma Stone but I wasn’t really taken by her story with Kieran Culkin as her ex-boyfriend. The opening story with Hugh Jackman and Kate Winslet drew the most laughs along with the one starring real-life husband and wife, Chris Pratt and Anna Faris. There are some really random advertisements in between the segments and I think the Tampax commercial is the funniest.

Watch it if you’re really bored and want to watch A-list stars do and say silly (explicit) stuff. 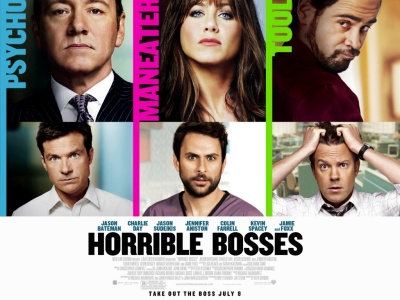 Nick (Jason Bateman), Kurt (Jason Sudeikis) and Dale (Charlie Day) are three friends who believe they have the worst bosses anyone could possibly have. They hatch a plan to kill their bosses and things start to go wrong after they take the advice from someone in the “most dangerous bar”.

Bobby Pellitt: You can fire Professor Xavier.
Kurt: You mean Hank.
Bobby Pellitt: Creeps me out, rolling around all day in his special, little secret chair.

There’s simply too many hilarious moments in this movie to count. The part where Jamix Foxx describes how he got his name, Motherfucker Jones? The part where Jason Sudeikis places the entire bathroom up his ass? The part where Charlie Day gets high on coke, sings “That’s Not My Name” and his tiny jabs?

Also, Colin Farrell and Jennifer Aniston played characters that were way off! Farrell looks weird (hello, combover!) and his comments about a colleague in a wheelchair was outrageous! Aniston was just talking dirty all the time and it’s a bit disconcerting to hear but it’s even more shocking to watch her when she tries to seduce Dale. And it’s so cute because Charlie Day’s voice gets really squeaky when he’s nervous! 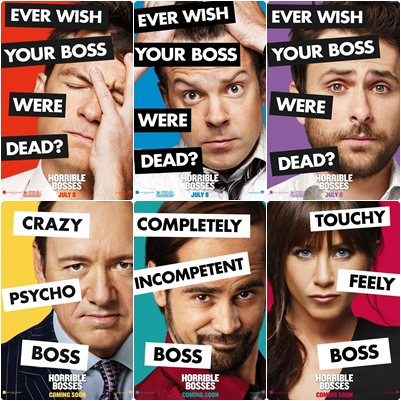 STAY FOR SOME OUTTAKES DURING THE CREDITS!